Laura graduated from the Queen Charlotte High School in 1999. Since then, she took on various jobs – at the Co Op and City Centre grocery stores, worked as a HaidaWatchman, and worked for the Skidegate Band Council. Laura now currently works for Gwaii Haanas National Parks Reserve, Parks Canada as a seasonal staff.

Her supervisor shared with her various upgrading courses she can take in order for her to advance herself in the job. Laura was inspired and decided to apply to universities in British Columbia and Alberta. Several colleges require entry prerequisites like Grade 12 Math, Biology and Chemistry of which Laura does not have.

As an adult learner in her mid 30s living on Haida Gwaii, there are not too many options available to her. She and her partner need to work and support their three children. Re-registering for these Grade 12 courses seem to be the right decision.

Laura enrolled with School District 50 as an adult student under the E-Bus program and Literacy Haida Gwaii supported her with a tutor to work through all her course loads. Laura worked with her tutor for a two-hour session, three times a week and continued with her self study at home in the afternoons. At times, Laura was required at work to be stationed in the field for a week. She would return home a week after and doubled her study hours so as to ensure she is not behind in her course loads.

Laura is a diligent learner. She set her goal and paced herself towards achieving her Grade 12 credits while balancing work and family. Her strong self-discipline has encouraged the communities.

Laura has recently moved to Lethbridge, Alberta to start her two-year diploma in Renewable Resource Management at the Lethbridge College. She hopes to move back to Haida Gwaii upon graduation to take on more of a role for Parks Canada in a more permanent position. 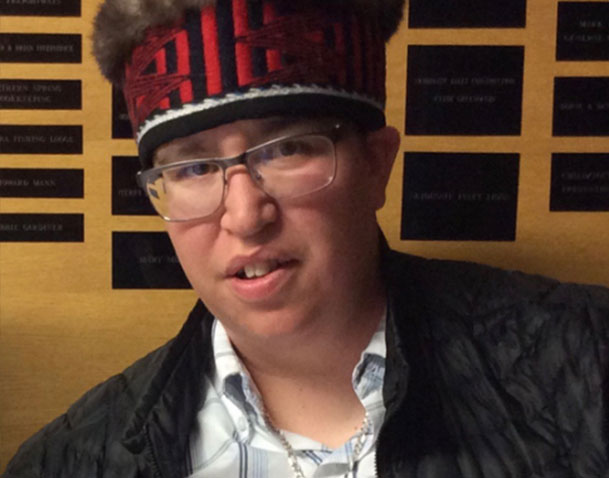